Supeeeeer! Oh, look below for a bit more details!

I believe that the nowadays trendy „paleo” word is not about food only, rather it’s a complete lifestyle. There were prehistoric men and there are even today native people, who spend their whole life connected with nature. They are hunter-gatherers, they move a lot, they make their tools, weapons, clothing with his own hand, and in the evening they are together around the campfire.

We can’t live totally the same way in the today’s world, but at least let us have a taste of this feeling at least for a few days. This was roughly the camp’s goal.

What we could do with this idea?
It was needed a good place, I think the Som hegyi turistaház in Hungary, which can be found in Pilis forest was ideal choice. The accomodation was renovated nicely recently, there is a fountain with clear, fresh water close to it, a spectacular canyon and the tour route leading to top of Pilis mountain si also there, and of course there is calm, quiet.An enthusiastic team was also needed, who likes this extraordinary, funny holiday. A very cool team got together, I think we managed to be united quickly. Its a big honour, that Florian traveled because of this to us from Germany.Some creative programs were needed, that models our ancestors’ lifestyle. After arrival we started with tree climbing, as an initiation ceremony. Well-known, that there are coco-palms and honey on trees in Pilis forests, so everybody climbed for coconuts and honey around the camp. The others were watching the stunt beneath meanwhile and the successful actions were applauded. We could drink the coco water immediately or eat his meat, or even taste the honey.

After climbing we hiked about half hour to Trézsi fountain, which let us insure our drinking water supply for 1-2 days (of course additional cargo was needed during the camp).

We had a beautiful summer time, sun was shining almost all long, the heat was great.

This has a disadvantage: there is fire ban in the forests throughout the country at this time, so the evening campfire planned was canceled because of this, what we replaced with a moderate grill party. After dinner everybody introduced himself in a couple of minutes, and could speak about his/her paleo story.

The next morning we dress up into Spartan fighters’ and initiated the day with a SpartanFitt workout, which is an own bodyweight training. Intensive circle training containing different variations of push-up, squat, pull up, animal movements. Tricky strengthening exercises were made in pairs, and finally we did a little plank championship, where Adri, who endured it until 4 and a half minutes, caused the largest surprise, the boys already felt out long before…

We continued moving rest of the day, after a short rest, we hiked around Dera canyon for one and a half hour. The site was beautiful: our road drove between steep hills hollowed by a stream, rocks, interspersed with wooden bridges. The only flaw – the reason is the heat again -, that the stream was dryed out in the big warmth. Anyway during the year the cool water trickles silently, which insures an additional extra sight and an experience.

Getting back into the camp, a perfect paleo lunch waited for us by Ági (Paleo Motivator). She not only helps people in the lifestyle change, but she is a superb cook. We say a big thank you to her for the delicious foods during the camp. We would have starved to death without her, even after learning to hunt! The most popular treat – on a surprising manner – was the ice-cream.  We tasted raspberry, sour cherry, strawberry and even chocolate version in the course of the days.

Choc cream-filled pancake, paleo bread, cookies got onto the table, thanks for Ehetemmm bakery’s and Paleocentrum’s support. The basis was always some kind of meat dish of course: grilled pork, chicken, bacon, sausage, mussels with bacon and mushroom. For breakfast mostly scrambled eggs, boiled eggs were the most popular. Among soups we tasted a paleo goulash soup and pumpkin soup (from Paleország recipe collection).

On the second day afternoon it was possible to choose from two kind of programs: paleo cooking course with Ági or hunting. The girls applied for the first one where they could expanded their paleo cooking knowledge even in a theory and practice. The hunting meant one and a half hour training with alternate pace of running in the nearly forest (for our marathon runner Zoli maybe this was only a loose jogging). We painted martial signs onto our face in the hope of the successful hunting. This program included jogging, sprinting, crawling in grass, climbing as we chased our imaginary kudu on the paths. The kudu is a type of african antelope, that native people hunt. Their method called persistance hunting, based on tiring the animal. Vainly faster on a sprint the four-legged animal, the stamina is better for the man, so after a few hour of chasing the game can be killed easily, if the hunter is rather persistent and does not lose the trace.

So we tried to model this in a playful form… Meanwhile we carried spring water to the camp. Our imaginary prey once got tired after one and a half hour and tried to hide away in deep of the bush, though our hunters with perfect nose – especially our other Zoli – it managed to be found. Our kudu got tired so much that he processed himself meanwhile: seasoned, smoked, poured it into an intestine or threw himself onto boards. So our prey was a big box of sausage and bacon, which we should carry back to the camp.uitar, tom-tom drums, whistle, ringing-rattling devices. We planned playing music together, a dance for an evening program. There wasn’t any professional musician int he team but we extorted some noise out of the instruments. Singing and dance were better especially for Vera and Ildi.

On Saturday a big tour was made, we aimed the top of Pilis mountain! We overcame cca. 400m in height during the 12 km hiking. We did a good pace on the road, instead of the planned 5 hours we spend hardly more than 4 hours. I have to tell that our team’s bolder members always discovered shorter paths where we were able to move more quickly. Luckily a little rock-climbing fit into it on the way. On the peak a beautiful panorama was found, so we lingered here a little. We filled up with spring water again at the source backwards.

Lunch, a quiet rest came next, then the craft workshops started afternoon: weapon making, face painting, cave painting. Everybody may have been a child again here a little, but in real life native folk do this programs routinly even in adulthood, which develop the manual skill, creativity, mindfulness, complex thinking. Look for a moment to these masterpieces! Viola did a classic hunting cave painting, depicting the boy’s from the camp. Bogi surprised us with a nonfigurative picture. The face painters group created funny masks. Ildi and Adri painted each other, Ági, Viola, Tormás also got nice make-ups. We painted complementary colours for each other with Vera (white basis with black stripes or black basis white stripes).

There wasn’t any deficiency from surprise: I would emphasize Csaba’s creativity, who prepared a „box cutter” from stone and wood. We may say thank you for Norbi and Jani the manufacturers of the classic lance and stone axe.

The long expected surprise program followed this part. Tormi’s famous leather sandal was admire by many people already, I asked him to help us to prepare our own! Everybody grabbed a pencil, scissors, or a knife, the hammer knocked at the puncher. We struggled with the corset, but finally everyone’s real hand made sandal was ready. It is possible to wear it on the street. We tested it since a few times, it’s great even for a hiking.

This evening was about a grill-dinner, talking, playing cards again. The last evening was a big wind-storm throughout, which perturbed a little bit the outside sleepers. Interestingly a few of us slept under the free sky, instead of in the beautiful cottage, this is again a rediscovery  of an ancient habit. In good weather you can sleep unbelievably good this way.

On Sunday morning we ended the camp with a MovNat workout included throwing sticks, balancing on a beam, carrying and lifting stones-logs, hanging on a branch, jumping so we took advantage of the local conditions.

These few days ran away quickly in the good atmosphere, we would have been stay there more. I think we could taste succesfully the life of a nomadic tribe. We enjoyed it because this lifestyle is in our genes. I say thank you for it to the participants, I hope that they got richer by a big experience and new friends!

Will it be continued? I sleep one or two onto it, but a big chance is for yes!

Thanks for our sponsors: 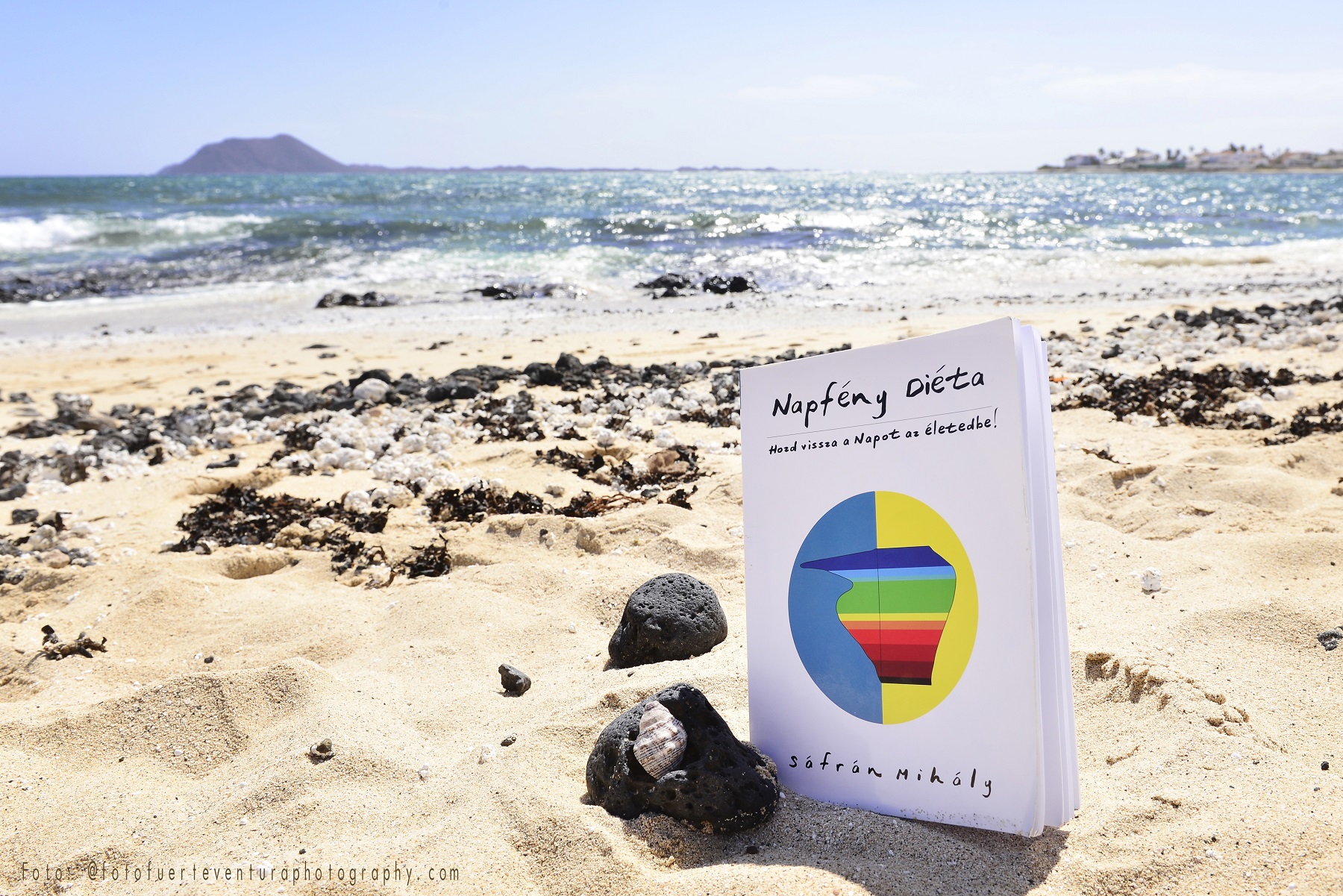